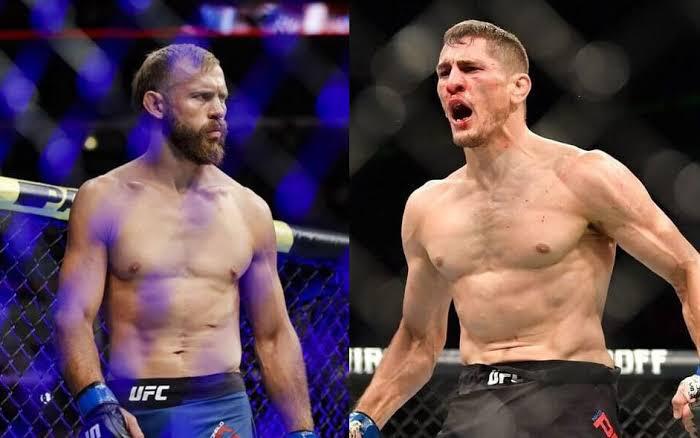 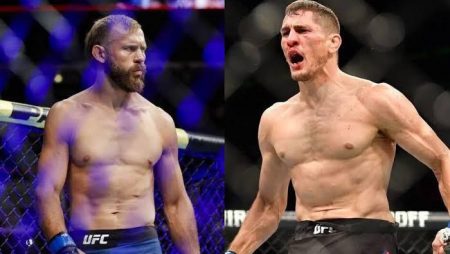 This welterweight co-main event will add up perfectly to the amazing main event that awaits us on Saturday September 26, 2020. Both fighters have a kickboxing background, but Cerrone also hold a black belt in Brazilian Jiu-Jitsu and a black belt in Gaidojustsu. He finished 17 of his wins by submission. Price holds a brown belt in Brazilian Jiu-Jitsu and finished 3 of his wins by submission, so this bout can go both ways, although my feeling says this one will mainly be settled on the feet. Let’s have a look at the fighters and my thoughts about who will win.

Donald “Cowboy” Cerrone, a long lasting veteran in the UFC is known to never turn down a fight, no matter how short notice. This former professional bull rider started kickboxing at the age of 20. After winning several kickboxing competitions, finally in 2006 he made the switch to MMA. He won his UFC debut against Paul Kelly via submission in the second round on February 5, 2011. With an impressive professional MMA record of 36 wins, including an astonishing number of 27 finishes – 10 by KO/TKO and 17 by submission – it’s save to say Cerrone is not an opponent to be taken lightly. Nevertheless he’s currently on a four losses losing streak, with his last victory well over a year ago against Al Iaquinta by unanimous decision, on May 4, 2019. However his last four opponents weren’t exactly small names in the division – Tony Ferguson by TKO via doctor stoppage after the second round on June 8, 2019, Justin Gaethje by TKO via punches in the first round on September 14, 2019 and Conor McGregor by TKO via headkick and punches in the first round on January 18, 2020, all in the lightweight division, and finally Anthony Pettis by unanimous decision in the welterweight division. Let’s see if the recent birth of his second son last September 10, 2020 will give him the drive he needs to get his career back on track.

Niko “The Hybrid” Price is a former kickboxer who started training MMA in 2008. Before signing up with the UFC he had a professional record of eight wins and zero losses. Seven of those wins came by stoppages – 6 by TKO via punches of which 5 in the first round, 1 submission in the first round – and 1 unanimous decision. He won his UFC debut by submission in the first round against Brandon Thatch on December 30, 2016. He also won his second UFC fight against Alex Morono by KO in the second round on February 4, 2017, but this was later overturned to a No Contest after testing positive for marijuana. His last win dates from October 12, 2019, when he knocked out James Vick with an upkick – one of the only two upkicks in UFC history – in the first round. After that he lost from Vincente Luque by TKO via doctor stoppage in the third round. All of his professional fights except for one, wins or losses, were ended by stoppages, so we can rest assured that there will be spectacle when Price enters the octagon.

This is a very close one, and as much as I would like to see the very experienced “Cowboy” Cerrone get back in the game and win this bout, I will have to go for Price. If Price starts aggressive, stays on the feet and avoids Cerrone’s lethal headkicks, I think we might be looking at another first, maybe second round finish by KO/TKO. Price has proven to be a very dangerous striker with knockout power, and his record already shows eight first round finishes by KO/TKO. On the other hand Cerrone has a lot more experience but lately seems to be overwhelmed when his opponent starts off very aggressive and doesn’t allow him to grow in the fight. Nevertheless Cerrone should not be underestimated, as mentioned earlier he only needs one of those headkicks to knock out or shock his opponent and finish the fight. Still, my feeling says Price will take the win by KO/TKO in the first round.