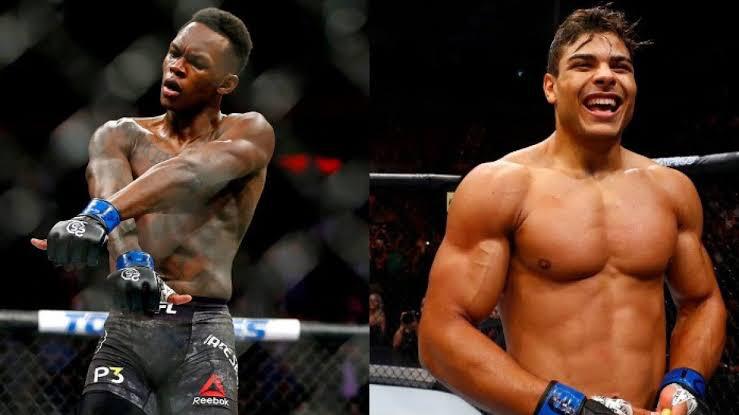 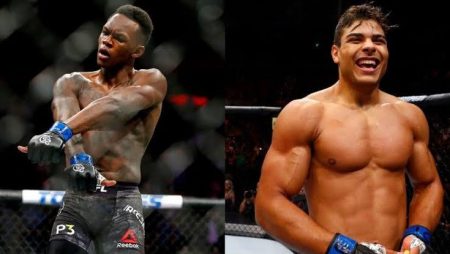 The main event for the Middleweight title! The undefeated champion Israel Adesanya will finally face the also undefeated number two ranked contender Paulo Costa in the octagon. Both of them have been trash-talking each other for weeks. As a matter of fact, Costa has been calling out the champ several times already since his last fight and it’s very clear, these guys hate each other. Costa feels the belt is within reach, and to be honest I have to agree with him, as he is one of the most feared fighters in the division. Here’s my insight on the fighters and who will win this bout.

Israel “The Last Stylebender” Adesanya started kickboxing at the age of 18 and made his professional debut on March 24, 2012. Since then he has been undefeated, finishing 14 of his 19 wins by KO/TKO, and 5 by decision. He made his debut with the UFC on February 10, 2018, against Rob Wilkinson. He won this fight by TKO after 3:37 minutes in the second round. On April 13, 2019, he became the interim Middleweight champion after defeating Kelvin Gastelum by unanimous decision. He then confirmed his title against Robert Whittaker on October 5, 2019, by KO after 3:33 minutes in the second round. On March 7, 2020, he won his last fight against Yoel Romero by unanimous decision, however many believed he lost that fight, including myself.

Adesanya is known as one of the most accurate strikers in UFC history. His deadly precision combined with mobility makes him one of the hardest opponents in the league. He is a pure striker, but also defended 86,54% of the takedown attempts against him. Let’s see if he can defend his title for a third time against Paulo Costa.

Paulo “The Eraser” Costa islike no other fighter we’ve ever seen before. He’s one of the most powerful guys in the league, who in my opinion could easily stand his ground in the Light Heavyweight division as well. He knows only one direction, forward. He has that scary knockout power and no matter what you throw at him, he just keeps coming back.

Costa also remains undefeated, finishing 12 of his 13 wins, of which 11 by KO/TKO and 1 by submission. He made his professional MMA debut on February 25, 2012, when he defeated Teo Esteves by TKO after 2:08 minutes in the first round. He defeated Garreth McLellan in his UFC octagon debut on March 11, 2017, by TKO after only 1:17 minutes in the first round. After that he won his next 3 bouts, all by TKO in the second round – Oluwale Bamgbose on June 3, 2017, Johny Hendricks on November 4, 2017 and Uriah Hall on July 7, 2018. Finally he won his last fight against Yoel Romero on August 17, 2019, by unanimous decision.

Tips and Winnings for this game?

Although Adesanya has the big reach advantage, Costa will do what he knows best. He will close the distance, keep coming forward and by doing so, cancel out Adesanya’s advantage. He will take Adesanya out of his comfort zone. Adesanya will be forced to fight, facing the power of Costa, instead of dancing around his opponent and use his hit-and-run strategy. I think Adesanya will be no match for the brutal power of Costa. So I expect Costa will win by KO, TKO, DQ or on points.