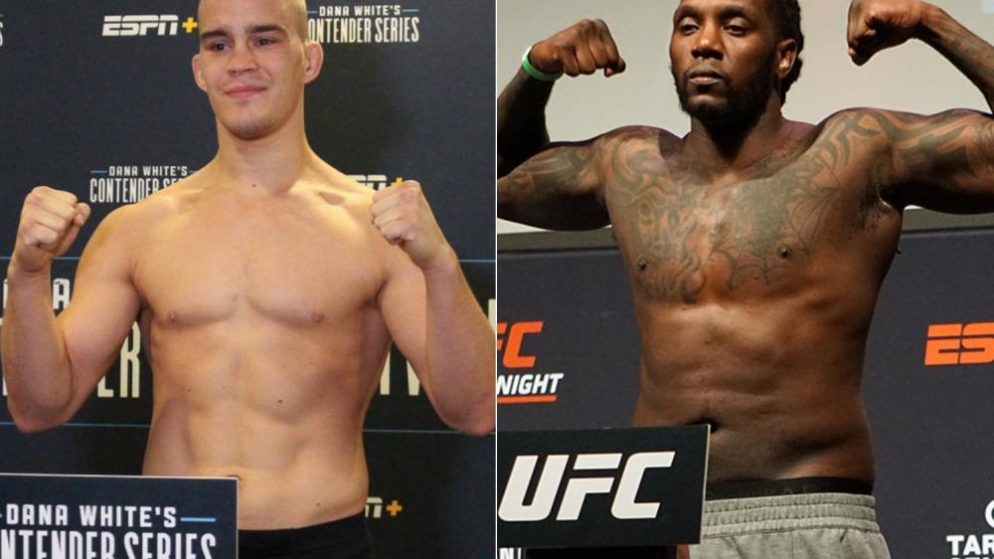 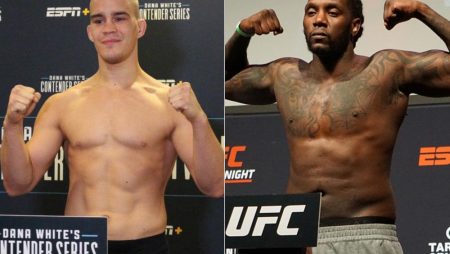 The undefeated Serbian Dusko Todorovic will make his UFC debut after earning a contract with his successful appearance in episode 10 of the third season of Dana White’s Contender Series on August 27, 2019.  He will face Dequan Townsend, who is still looking for his first UFC victory, after suffering three defeats. Let’s see who will earn the first win in his UFC career.

Dequan “The Tarantula Townsend is a mixed martial artist who made his professional MMA debut on February 18, 2012, when he defeated Andy Hahn by split decision. His second fight he lost by unanimous decision against Jason Cardillo on April 27, 2012. After three first round wins – against Robby Longwith by TKO after 27 seconds in September 2012, Canaan Grigsby by KO after only 7 seconds in February 2013 and Anthony Smith by TKO after 3:28 minutes in May 2013 – he suffered another loss by unanimous decision against Rocky Johnson on September 27, 2013. That loss was followed by another three fight win streak, two by KO – Erick Lozano in November 2013 and Marcus Reynolds in December 2013 – and one by submission against Darryl Madison in May 2014. In August 2014 he lost again by unanimous decision, this time against David Evans. After a seven fight win streak, of which four by TKO, two by submission and one by unanimous decision, he lost two times in a row. Both losses were decisions, Kevin Nowaczyk in February 2016 and Dakota Cochrane in May 2016. He would fight ten more bouts, of which seven wins – three by KO/TKO, two submissions and two decisions – and three losses – two by decision and one by submission – before being offered a UFC contract in 2019. On June 29, 2019, he made his UFC debut against Dalcha Lungiambula. We can’t really call it a successful one, since he lost by TKO after 42 seconds in the third round. He also lost his next two UFC bouts – against Bevon Lewis on January 25, 2020, and finally Devin Clark on February 15, 2020 – both by unanimous decision.

Until today Dequan Townsend is still looking for his first UFC win. Since he has only been finished twice, once by TKO and once by decision, it’s clear to say he’s a tough fighter. The fact that he finished 17 out of his 21 wins, 12 by KO/TKO and 5 by submission, only adds up to that statement. Let’s see if he will finally be able to seal his first victory in the UFC octagon against Dusko Todorovic.

The undefeated Dusko Todorovic will make his UFC debut in this edition. He started his professional MMA career on September 19, 2015, when he defeated Srdjan Knezevic by submission after only 44 seconds in the very first round. He finished off Frantisek Boban on October 23, 2015, by submission after 1:37 minutes, again in the first round. On December 11, 2015, he faced Toni Markulev, defeating him by TKO in the second round. Next in line was Albert Micura, who he defeated by TKO after 1:09 minutes in the first round on April 16, 2016. On October 21, 2017, he won his bout against Alexander Poppeck by submission at the end of the second round. He met Shota Gvasalia on June 3, 2018, beating him by TKO due to an arm injury after only 18 seconds in the first round. Then on July 21, 2018, he won by TKO against Kazuo Takahashi after 1:41 minutes in the first round. He defeated Michel Pereira on December 1, 2018, by TKO after 4:32 minutes in the first round. On August 27, 2019, he was invited to fight in episode 10 of the third season of Dana White’s Contender Series. He faced Teddy Ash, who would prove to be the first opponent who could finally make him work for his money. This bout would be the first one in Todorovic’ professional career that went the distance. Todorovic won by unanimous decision, earning him his UFC contract.

If you look at his current record, Todorovic finished six out of nine fights in the first round, two in the second round and only one went the distance. He is a very dangerous striker who prefers to fight from the center, applying immediate pressure and pushing his opponent to the outside of the cage. He is at his most dangerous once he has his opponent against the fence, where he can throw his punches and elbows from the clinch position. He is also strong on the ground but he is definitely at his best on his feet.

Todorovic will immediately follow his instinct, claiming the center of the cage and trying to push Townsend towards the fence. Townsend however, is very hard to knock out so I wouldn’t be surprised this fight will go the distance as well. Although I believe Townsend will be able to get Todorovic out of his comfort zone, I don’t think he will be able to secure his first win in this one.I expect a successful debut for Dusko Todorovic, he will win by decision.