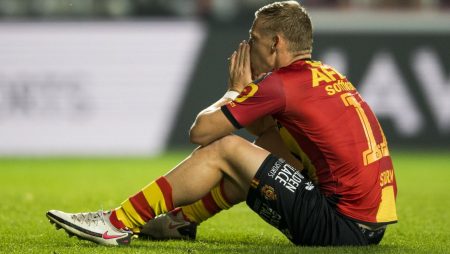 Belgium is suffering hard under the current second COVID-19 wave that is blasting throughout the globe. Already 5 games had to be postponed in the past few weeks and also on matchday 11, teams are struggling. Royal Excel Mouscron vs STVV is postponed until further notice and KV Mechelen is missing 9 players for their game against Club Brugge. Their valid request for postponement fell into deaf ears at the Belgian Football Association.

But COVID-19 is not going to stop Maesinho from writing down a selection of new Tips and Winnings for the games that can proceed. Note, not all tips are written in articles so don’t forget to join our Telegram or What’s App group FREE OF CHARGE and/or follow our Twitter account for more live updates. Yesterday I shared two tips for the Genk vs Eupen game resulting each in 5 units profit, 10 units profit in total! Let’s dive into the remaining tips from the weekend below.

Not only COVID-19 is making this season unique. Also these two teams are throwing big eyes. They promoted together from the second division after a lot of controversy last season. Tonight they are competing among them for the first spot in the league, even if it will be just for a few hours. Both teams play attacking and modern football and have two of the most decisive players in the league in their ranks.

Raphael Holzhauser has a share in 13 Beerschot goals with 7 goals and 6 assists. Xavier Mercier has a foot in 11 Leuven goals with 8 assists and 3 goals. No other players in the Jupiler Pro League are as decisive as these 2. If they are performing at their best, we are in for a treat tonight. I expect goals on each side, neither team has something to lose. I would refrain from choosing a winning side as it can go either way.

Charleroi was one of those teams that saw their game postponed last weekend. Maybe it was the right time for a break as they only gathered 1 point out of 9 in their last 3 games. The postponement resulted in Royal Antwerp FC taking over the first spot. A spot that Sporting Charleroi definitely wants to reclaim after a dream start so far this season.

Also Cercle Brugge is experiencing a good run in the current edition of the Jupiler Pro League. 15 Points after 9 games so far. In sharp contrast with last season where they collected only 17 points after 26 games! Their form is good, but I think they will not be a match against a fresh Sporting eager to keep those 3 points home.

Like mentioned in the introduction, KV Mechelen is missing 9 players for this game due to COVID-19 infections. On top of that they have 5 players returning out of quarantaine that didn’t play nor train with the group for almost two weeks. It’s odd that this game did not get postponed, but I guess that’s the time we live in.

Club Brugge lost surprisingly at OH Leuven last week. Probably the decompression after a fantastic performance in the Champions League against Zenit. I am pretty sure that, even after the intensive game against Lazio Roma, Brugge will not make that same mistake twice. They are ready to face a battered KV Mechelen for what I predict will be a very easy win with lots of goals for Club Brugge.

There was a time that this was the biggest game of the season for Royal Antwerp FC. Facing the most successful team in the history of Belgium football. RSC Anderlecht is currently just a shadow of its former glory, yet still not a team to underestimate. Under the guidance of Vincent Kompany they are undergoing a transformation where they are trying to play football 2.0.

For the first time in 32 years, Royal Antwerp FC is also going into this game as the proud leader of the division. And one could think that after their performance against Tottenham, this RSC Anderlecht team will not be a major obstacle on their journey to more trophées. But all the back-to-back high stake games they played the past few weeks must leave their marks at some stage. And I believe that moment might be here this weekend.

Remarkable: RSC Anderlecht has to pull the emergency brake more often than RAFC this season. With 142 fouls made in the past 10 games vs only 93 times for Antwerp.

I am going to take a bit more time studying these two games as at this stage we are not even sure they will proceed due to last minute COVID-19 testing. Join our Telegram or What’s App groups FREE OF CHARGE and follow our Twitter account to stay up to date on the latest Tips And Winnings.

Betting at your favourite Sportsbook or Casino should be secure and anonymous online!

ExpressVPN hides your IP address and encrypts your network data so no one can see what you’re doing. One click, and you’re protected. 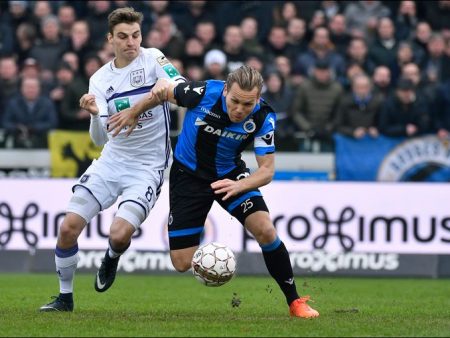 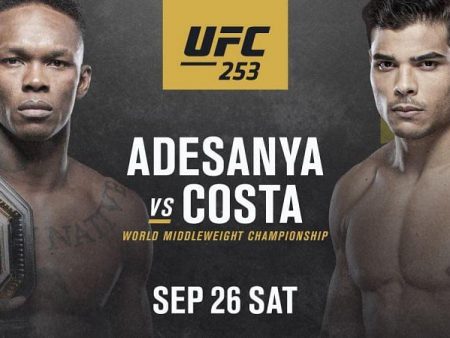 Tips And Winnings
UFC 253: Will The Last Stylebender finally be Erased?
5 months ago
0 544